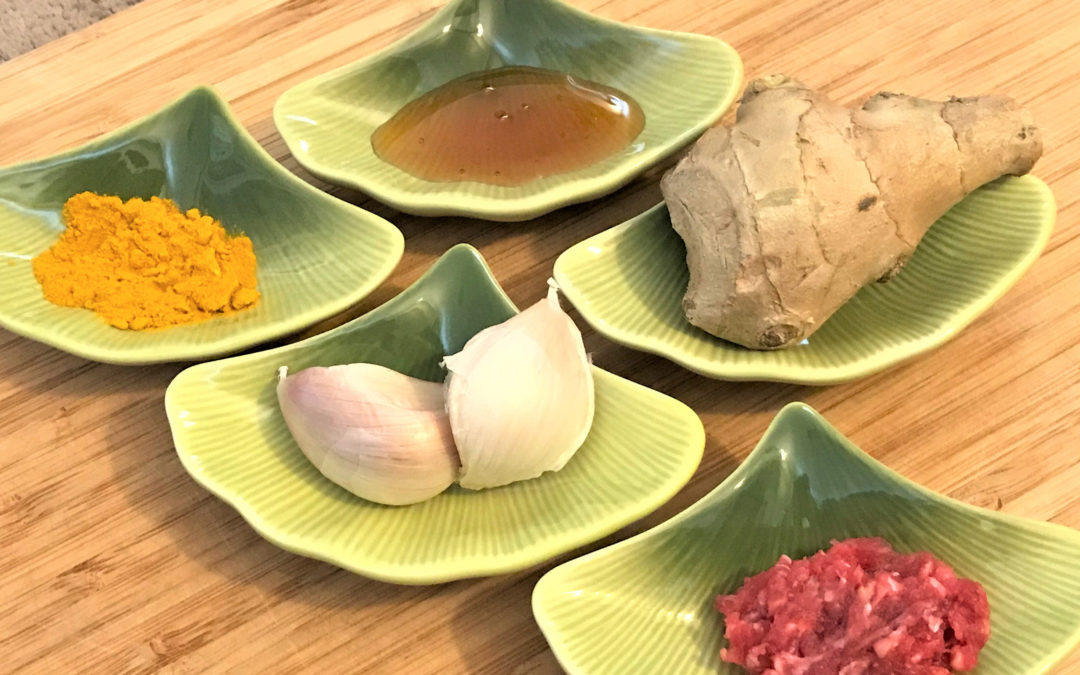 As the temperatures are beginning to drop, the familiar sounds of coughs and sneezes will soon surround us. In order to protect ourselves from catching these nasty colds and flus, make sure to maintain a well-balanced diet for optimal health. To give our immune systems a boost, add any of these 5 Flu-Fighting Foods to your meals.

As a general rule of thumb, adequate hydration and nutrition will help you avoid catching the flu.
While consuming these 5 flu-fighting foods on a regular basis as a good first line of defense, remember to maintain an overall healthy diet and lifestyle. And get as much sleep as needed.

Enjoy this recipe that has garlic, ginger, and turmeric in it: Crockpot Garbanzo Bean & Vegetable Curry Stew

It’s vegan but you can always add ground beef to it for extra immune-supporting nutrients.

Any cookies that may not be particularly necessary for the website to function and is used specifically to collect user personal data via analytics, ads, other embedded contents are termed as non-necessary cookies. It is mandatory to procure user consent prior to running these cookies on your website.